The Premier Dealer School
in Las Vegas Since 1985

In the last 2 years it was a
pleasure to help with the
job fairs/auditions for
Resorts World and Palms.
We look forward to
the next big endeavor
for us and our students! 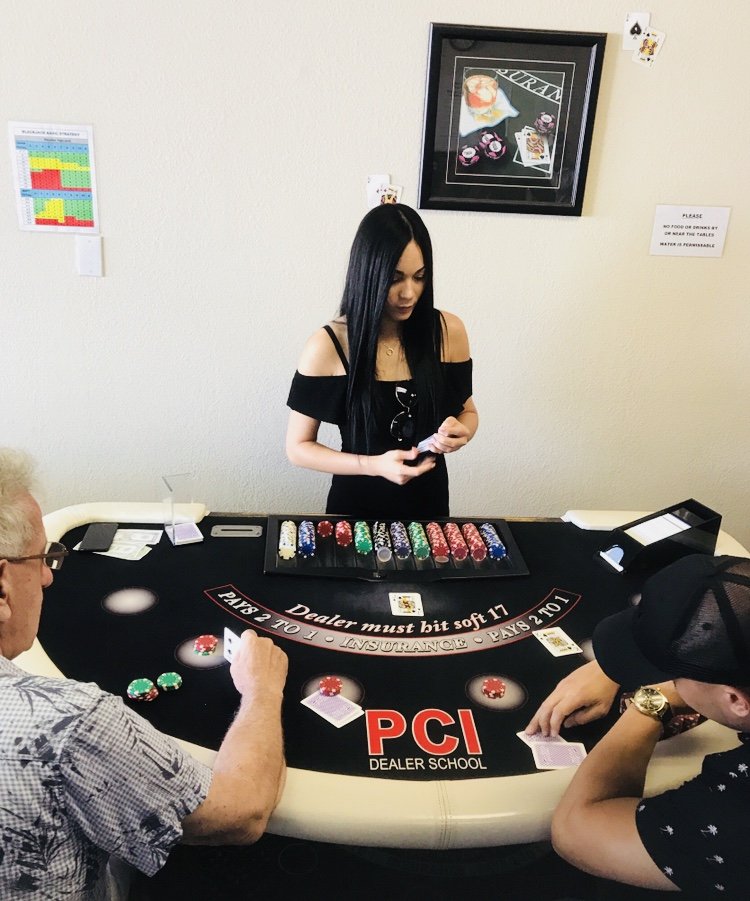 The instructors at PCI Dealer School will encourage you to prepare for a career as a Casino Dealer in a unique way, by specializing in the areas of casino gaming expertise that are in the highest demand, and ultimately, show the highest placement results. Yes, there is most definitely a “skills gap” in Las Vegas. You will learn the right “skills”, and we together, can close the “gap”. Enroll Now! Read More… 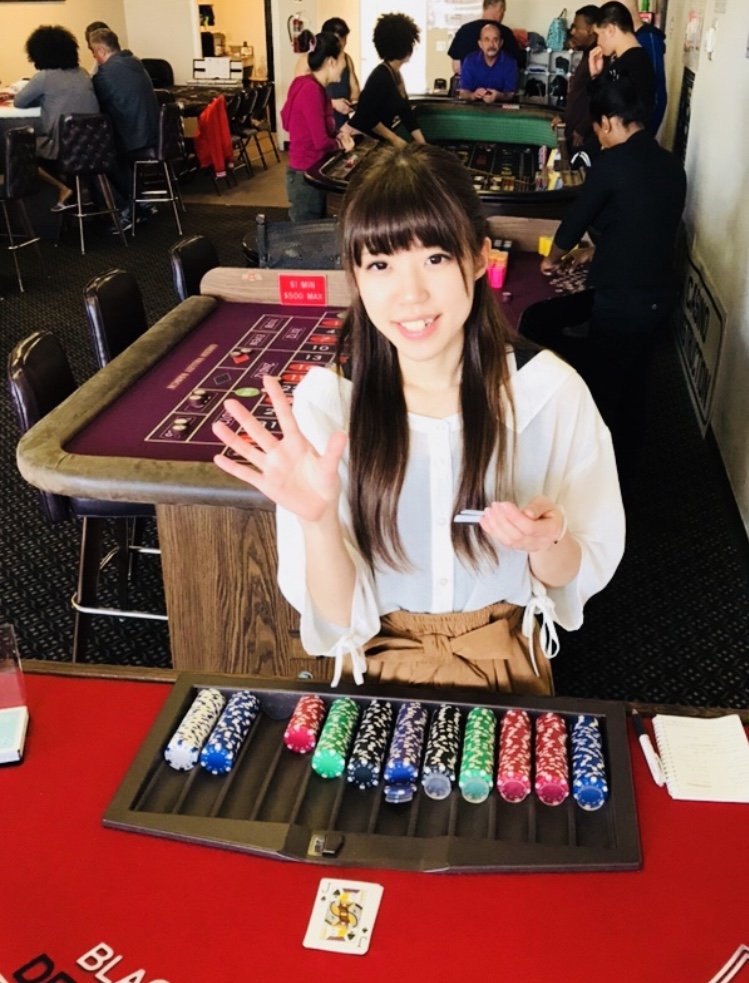 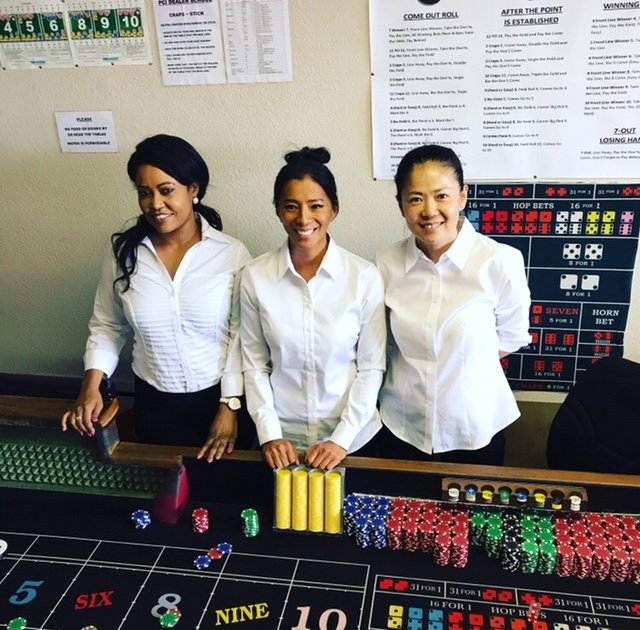 PCI has implemented a “month-month” Program, that will enable you to learn as many games as you can possibly learn, (graduation is determined by the Instructor), for as low as $400.00/month. For every month you decide to continue, the $199.00 registration fee will apply, but is applied to your monthly payment.
Read More…

NEW!! Enroll today and you will receive all of your Study Materials, (“E-Manuals”), and the owner, Jesse Lauer, will keep an open line of communication via email to answer any questions you may have. It is like having a Private Instructor…all for the same low tuition!! What a great way to shave valuable time off your Program. 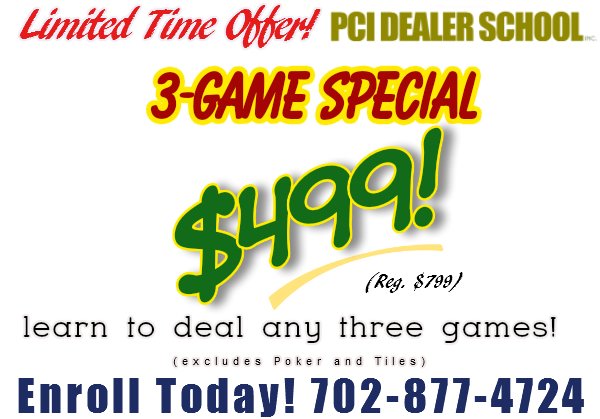 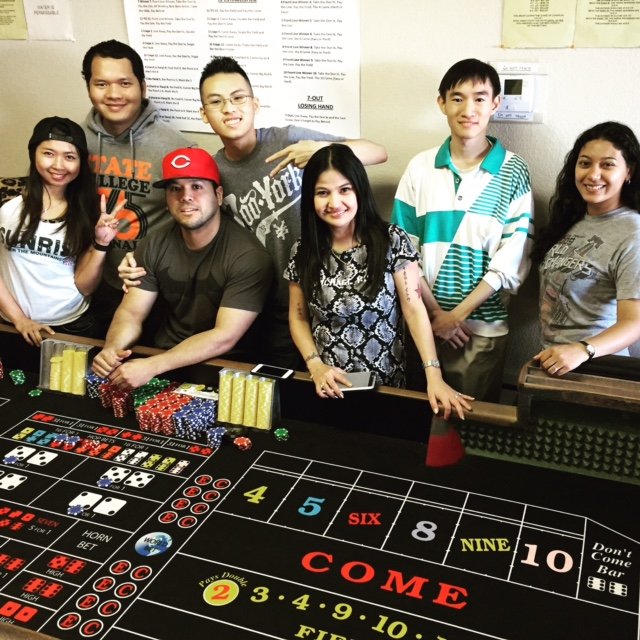 Take a Look Inside PCI