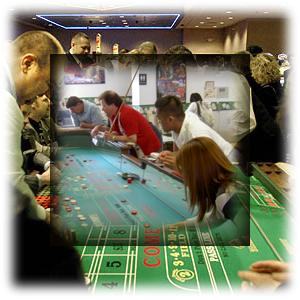 Las Vegas was founded in 1905. The name means “the meadows” in Spanish.

Gambling became legalized in Vegas in 1931.

The opposite sides of a dice cube add up to seven.

Coin/bill-operated devices now account for more than 60% of all casino winnings, largely due to their ease of use.

While some may think that gambling is a recent phenomenon, it actually dates back to antiquity. Dice have been recovered from Egyptian tombs, while the Chinese, Japanese, Greeks and Romans all were known to play games of skill and chance for amusement as early as 2300 B.C.

It is a very curious fact that, although the pack of 52 cards (standard playing deck) was ostensibly produced simply for gaming, it contains a numerical symbolism which is related to the year and to nature. The four suits correspond to the four seasons: Spring, Summer, Autumn and Winter. They also remind us of the four winds: North, East, South and West. The two colors, red and black, represent day and night. The 52 cards represent the 52 weeks of the year. The four suits of 13 cards each, correspond to the four quarters of the year, each having 13 weeks. The twelve court cards are analogous to the twelve months of the year; and to the twelve hours between noon and midnight. The face value, or pips, of each suit, from Ace to ten, add up to 55. If we call the Jack 11, the Queen 12, and the King 13, then the total of pips for each suit is 91. Multiply this by 4, and it gives a grand total for the whole pack of 364 – plus 1, the Joker and we have 365, the number of days in the year. Furthermore, the four suits of 13 cards each remind us of the four phases of the moon: new moon, first quarter, full moon and last quarter. These four phases make a lunar month and 13 lunar months are reckoned to the year.
Source: ‘Natural Magic’ a book by Doreen Valiente  (cpywrt. 1975)
The history of casinos – for future casino dealers

The name ‘Casino’ comes from the Italian ‘Casa’, meaning house. The word soon came to mean a building that has been built for pleasures sake – for entertainment such as civic town functions that included music and dancing, eating, and gambling. In modern Italian, this is now known as a bordello, while a gambling house is referred to as a casinò.

Not all casinos were gambling houses. The Newport Casino in Newport, Rhode Island housed gambling as well as sports games and competitions, while the Copenhagen Casino was a mass public meeting place, and later, a famous theatre.

No one knows when the first instance of gambling took place, but the first record of it taking place can be traced to China in 2300BC. However, gambling in one form or another is thought to have been around almost as long as humans have. Gambling has been a popular practice in almost every society too – from the Ancient Greeks and Romans to the Elizabethans and more.

The first casino to be recorded in Europe was in Venice. It opened its doors in 1638 during the carnival season, and it entertained the gambling crowds every year throughout carnival season until 1770. In this year, the casino was closed down by the government, when they became worried about the city nobility’s gambling debts.

The first casinos to emerge in American history were the saloons, with important cities including San Francisco, St. Louis, Chicago and New Orleans. Gambling and casinos were outlawed in the early 1900s, but then legalized in 1931 in the state of Nevada and its city of Las Vegas – a place now synonymous with casino gambling. 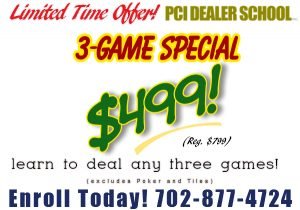